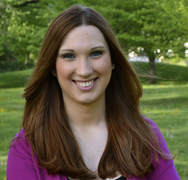 Sarah McBride, HRC National Press Secretary
Sarah McBride is the National Press Secretary for the Human Rights Campaign.
In 2012, Sarah made national headlines when she came out as transgender while serving as student body president at American University. A native of Wilmington, Delaware, Sarah serves on the Board of Directors of Equality Delaware, the state’s primary LGBTQ-advocacy organization. In that capacity, Sarah helped lead the successful effort to add gender identity and expression to her state’s nondiscrimination and hate-crimes laws. In 2008, Sarah worked for Governor Jack Markell (D-DE) and, in 2010, for former Attorney General Beau Biden (D-DE). Prior to coming to HRC, Sarah worked on LGBTQ equality at the Center for American Progress and interned at the White House, the first out trans woman to do so.
​
Sarah became the first openly transgender person to address a major party political convention when she spoke at the 2016 Democratic National Convention in Philadelphia.

Carrie Preston, Actress
HRC Chicago is excited to announce Carrie Preston as the 2017 Ally Award recipient. Through her insatiable passion for the arts and natural gift as both a comedic and dramatic actress, Emmy winner Carrie Preston has landed standout roles from the stage to the big screen. Quoted as a “scene stealer” by the New York Post, she enjoyed many seasons working on her Critics' Choice nominated and Emmy winning portrayal of Elsbeth Tascioni on the award-winning series THE GOOD WIFE, her recurring role in PERSON OF INTEREST, as well as her starring role as Arlene Fowler, the red-headed sassy waitress in the Golden Globe and Emmy nominated HBO series TRUE BLOOD. Carrie can now be seen as the magnificent "Polly," in the new TNT hit series, CLAWS, executive-produced by Rashida Jones. The freshman drama premiered to rave reviews and has already been renewed for a second season.

Christina Roberts & Amie Klujian, Back Lot Bash Founders
Founded in 2004, Back Lot Bash is an outdoor music and entertainment festival that offers women and all in the LGBTQ community a welcoming and safe space to celebrate community and promote inclusiveness during Chicago Pride. The event concept came from Roberts and Klujian realizing a dynamic space geared towards women and showcasing local performers was needed. Today, the event has grown to become a 4-day festival with quarterly events throughout the year. Back Lot Bash is an iconic staple of Chicago pride and a top national destination for women (and everyone) from all parts of country.

​In 2013, Roberts and Klujian grew Back Lot Bash by creating a Pride Family Fest, the first of its kind in Chicago. This free event for the LGBTQ community hosts 100’s of families and features kids’ music, entertainment, and fun children’s activities. It’s a place for children to be themselves and families to come together from different parts of the city and suburbs to meet, discuss experiences, build relationships and learn from each other in a welcoming environment. 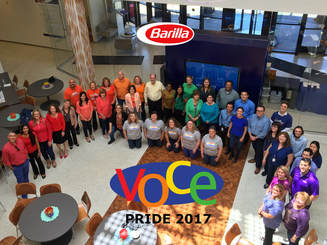 Barilla
Barilla believes diversity and inclusion strengthens their company. For them, diversity and inclusion means that the voice, perspective and individuality of each and every one of their employees, partners and customers matter. As they embarked on the journey to establish an inclusive culture throughout Barilla, they realized this was a road they could not travel alone. They have relied on many friends to educate, help inform, shape and move forward on their path to becoming an ally in the fight for equality.

Their ability to listen and learn from these friends have led to a perfect 100% score on the Corporate Equality Index in 2015, 2016, and 2017. While they are proud of the progress they have made, they know that they have a responsibility to continue to learn and support the fight for equality alongside their friends. They are humbled and honored to receive the 2017 HRC Corporate Equality Award.

Dana Goldberg, Comedian
Raised by a wild pack of Jews, otherwise known as her mother and two siblings, veteran comedian Dana Goldberg is a force of nature on stage. Her quick wit and playful stage presence has her earning loyal fans all of the country and abroad. A crowd favorite, Goldberg has become a triple threat combining her comedy, hosting, and live auction skills to become one of the most sought after entertainers on the circuit. Curve magazine raves, “Goldberg is one of the brightest lights in a stellar comedy landscape” and Advocate.com named Goldberg one of the top three LGBT comedians in the nation.
Buy Tickets