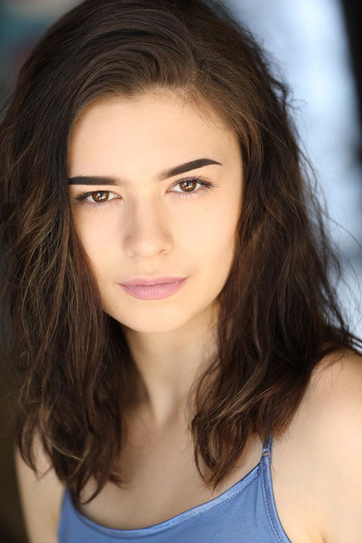 Nicole Maines, transgender actor and activist, was honored with the Human Rights Campaign (HRC) Chicago Community Visibility Award. The award recognized Nicole’s incredible fight to be herself, as well as her continued effort to raise awareness for others in the LGBTQ community, so every child that is perceived as different will have the same equal rights as their classmates.

In 2014, Nicole won a State Supreme Court decision against the Orono school district in Maine, which ruled that the school district had violated the state’s Human Rights Act. The case marked the very first time that a state’s highest court ruled that a transgender person has the right to use the restroom of the gender with which they identify.

Nicole and her family have a NY Times best selling book, “Becoming Nicole: The Transformation of an American Family” by Pulitzer Prize author Amy Ellis Nutt. Their book was named one of the 10 best books of the year by People, Men’s Journal, and was a finalist for the LAMBDA Literary Award for Transgender Non-Fiction.

As a teenager Nicole was named one of the Glamour Magazine’s 50 inspiring women of the year. In 2012 Nicole and her brother Jonas were invited to the White House to celebrate their activism. Nicole won GLAAD Outstanding Individual Episode Media Award in 2015. She guest starred opposite Mark Feuerstein in the comedy, Royal Pains for USA and at age sixteen Nicole appeared in the documentary feature, The Trans List for HBO. She is currently starring in an independent horror film BIT that is filming in Los Angeles. 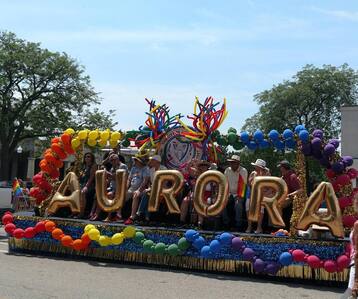 Indivisible Aurora, part of a movement which rose from the ashes of the 2016 presidential election, was awarded the Human Rights Campaign (HRC) Chicago Community Leadership Award. The award recognized Indivisible’s outstanding efforts to dedicate not only substantial time and energy, but also spirit and whole-hearted commitment to advance the fight for civil rights.

Indivisible Aurora staged the first successful pride parade in the Chicago suburbs June 2018. The historic inaugural parade consisted of 3,000 enthusiastic marchers (including 12 faith communities) with another 6,000-8,000 awed spectators. The Aurora Pride Festival is just one example of Indivisible Aurora’s commitment to our community: Indivisible Aurora has steadfastly raised its voice against the government’s inhumane immigration policy, protested the end of Deferred Action for Childhood Arrivals (DACA) protections, protested the assaults on the Affordable Care Act (ACA), phone banked for state passage of the Equal Rights Amendment (ERA), protested the abhorrent policy of childhood detention and family separations, and co-founded a coalition of organizations pushing the passage of a Welcoming City ordinance.​